Saying sorry and meaning it in a PR crisis

Sorry-not-sorry? In light of Boris Johnson’s latest apologies over ‘partygate’, we explore the art of effectively delivering public apologies during a communications crisis…

The past week has seen not one, but two examples of how not to apologise from the PM.

In the face of a PR disaster, saying sorry is often a crucial part of your crisis communications plan. Get the apology right and follow it up with appropriate fixes. Then you might just be able to minimise the damage and gain some trust back from your stakeholders. Showing people you are aware of a mistake and you are addressing the problems will help to find a solution.

Get your apology wrong, or don’t bother to apologise at all, and it could lead to a public backlash. You could have even more of a PR crisis on your hands. Just look at Boris Johnson. Even some members of his own party have rejected his apology and called for his resignation.

So if you find yourself saying sorry, don’t be like Boris. Here are High-Rise’s top tips to getting public apologies right:

When your organisation has made a mistake, admit it! Denial, silence or distraction will only serve to make you look worse. Saying sorry and genuinely meaning it can help to diffuse the situation and shows strong leadership.

The sooner you acknowledge a mistake and publicly apologise, the better. Responding quickly shows that you and your organisation are taking the situation seriously and feel a genuine sense of regret. In Prime Minister Boris Johnson’s case, many people will feel that his latest apologies – many months after ‘party gate’ first hit the news, and only after being fined for his actions – are too little, too late.

This is crucial when handling a PR crisis. Social media is a quick way to gauge public opinion. So, checking how media outlets are reporting the situation is a necessity too.

Remember, in one way or another, people are always affected by your mistakes. You should acknowledge those people when issuing your apology. People want to feel that they’re being listened to and taken seriously – don’t hide from emotion and don’t ignore people’s feelings. Resolving the situation will show a brighter side to the crisis.

It’s so important to make sure the apology is authentic. People can easily tell when you are saying sorry half-heartedly or insincerely. Show genuine regret and be human, humble and empathetic. Don’t play the blame game, try to make excuses or justify your actions.

When a public apology backfires, it’s often because people know that they’re hearing a phoney sentiment. Language is important here. The likes of “we’re sorry to those who were offended”, or “we apologise for the inconvenience” simply won’t cut it – they feel hollow and unemotional. Phrases such as “deep regret” and “deeply sorry” can be more powerful.

In Boris’s address to the public, he claimed that he did not feel his actions at the time of his birthday celebration were in breach of the rules. But, that he “fully respects the outcome of the police investigation”. This does not take full responsibility, or acknowledge the mistakes made. He also read his apology directly from a piece of paper. This makes it obvious that he’s reading a scripted statement from his PR team – not exactly heartfelt.

Some have drawn comparisons with The Office’s David Brent, linking the apology to this one from the show. It shows just how receptive people are to insincerity – failure to consider this can result in public ridicule.

An apology is just the first step. People will not forgive an organisation if their actions do not back up their words. Certainly not if they do not prevent mistakes from happening again in the future. Show that you are being proactive and that steps are being taken to resolve the situation. But, don’t make any promises that you can’t keep – it could come back to bite you.

Remember, even an apology is not the culmination of your crisis management plan, but just the beginning of it. 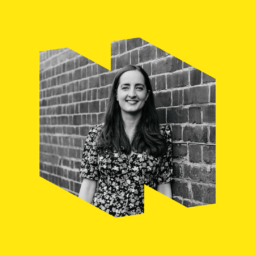