The New Lunar Year: What Can We Learn?

With today marking the first day of the new Lunar year – a time when millions line the streets and communities gather for a time of happiness, prosperity and most importantly, hope – we thought we’d take a look at the tradition, what it means worldwide, and how we at High-Rise can learn from it.

As Chinese folklore dictates, the Jade Emperor called a race between all the animals in the kingdom and twelve answered. As a reward for running the race, each animal would have its name represented in the Chinese Zodiac and this year, our focus in this new lunar year turns toward the Tiger.

Third place in the race, unperturbed by a raging river, the Tiger represents strength, bravery and wisdom. But as this ancient myth rolls on into the modern era, the Tiger finds itself a victim of the years. So what can we learn from this old tale and how does it translate into a purposeful focus for us?

Recently China’s ambassador to the US, Qin Gang, gave a speech addressing the lunar new year. He said “…in the coming Year of the Tiger, we must have courage and vision…”. He was, of course, referring to the strained relations and the cultural bridges we must build between East and West. But, read a little deeper and his words speak to a wider problem we face this year.

All subspecies of Tiger are on the Red List of Endangered Species, with around 3,500 left in the wild. This is a stark comparison to the 100,000 that existed worldwide around 100 years ago. They’ve lost 93% of their former habitats and now live only in scattered populations across Asia. There are conservation efforts in place but amongst south-east Asian countries, the numbers continue to fall.

Looking towards the big picture…

The reading is grim. Logging and deforestation has removed habitats worldwide and less economically developed countries still grapple with poaching for medicine and meat. In one month alone, we’ve produced around 3.1 billion tons of CO2.

The state of the environment is a strongly-felt topic within the High-Rise team and here, like many other groups, there is a real determination to do all we can to allay the effects of climate change.

We look towards this year as an opportunity to continue our work with Path Financial, the UK’s first financial advice firm set up solely to tackle the issue of climate change. We are also aiming to share more information and be purpose-led voices of change on issues such as greenwashing, where businesses cover environmental malpractice with impressive jargon.

As far as the plight of the Tiger is concerned, the Chinese and Malay governments have committed to more conservation efforts, where previously there’s been a lack of physical engagement. Endeavours in Nepal and India have already yielded positive results. In many ways the Tiger has to become the mascot for our struggle with a dying planet. Yes, there’s longstanding damage to our environment. Yes there’s a way to go before impact is felt, but acting with courage and vision, we can have hope. 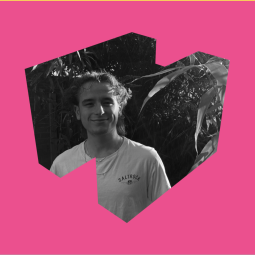